Illiotibial Band Syndrome (ITBS) is a musculoskeletal condition which commonly affects runners. The Illiotibial Band is a thick band which connects from the hip to the knee on the outer side of the thigh. ITBS is an overuse injury often seen in runners resulting in friction at the lateral epicondyle of the knee and pain in this region. 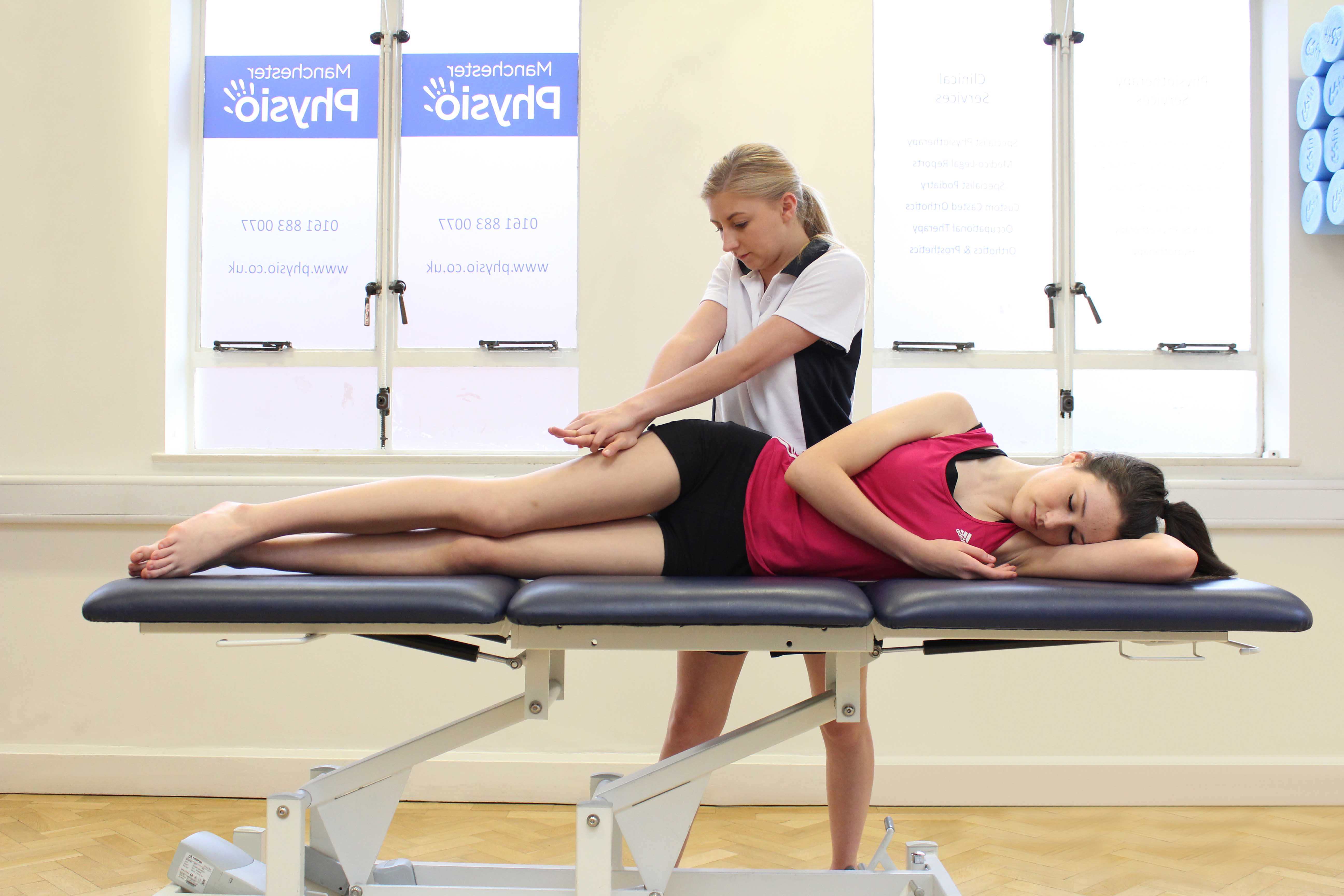 One of the main causes of ITBS is running due to the repetitive action putting stress upon the Iliotibial Band which works hard to stabilise the knee through movement. Overload results in friction at the knee where the band inserts, leading to inflammation and pain in the outer side of the knee.

Other causes of ITBS include: During your 'Biomechanical running' assessment your physiotherapist will discuss the possible causes of the problem and offer a number of treatment options to aid your recovery. 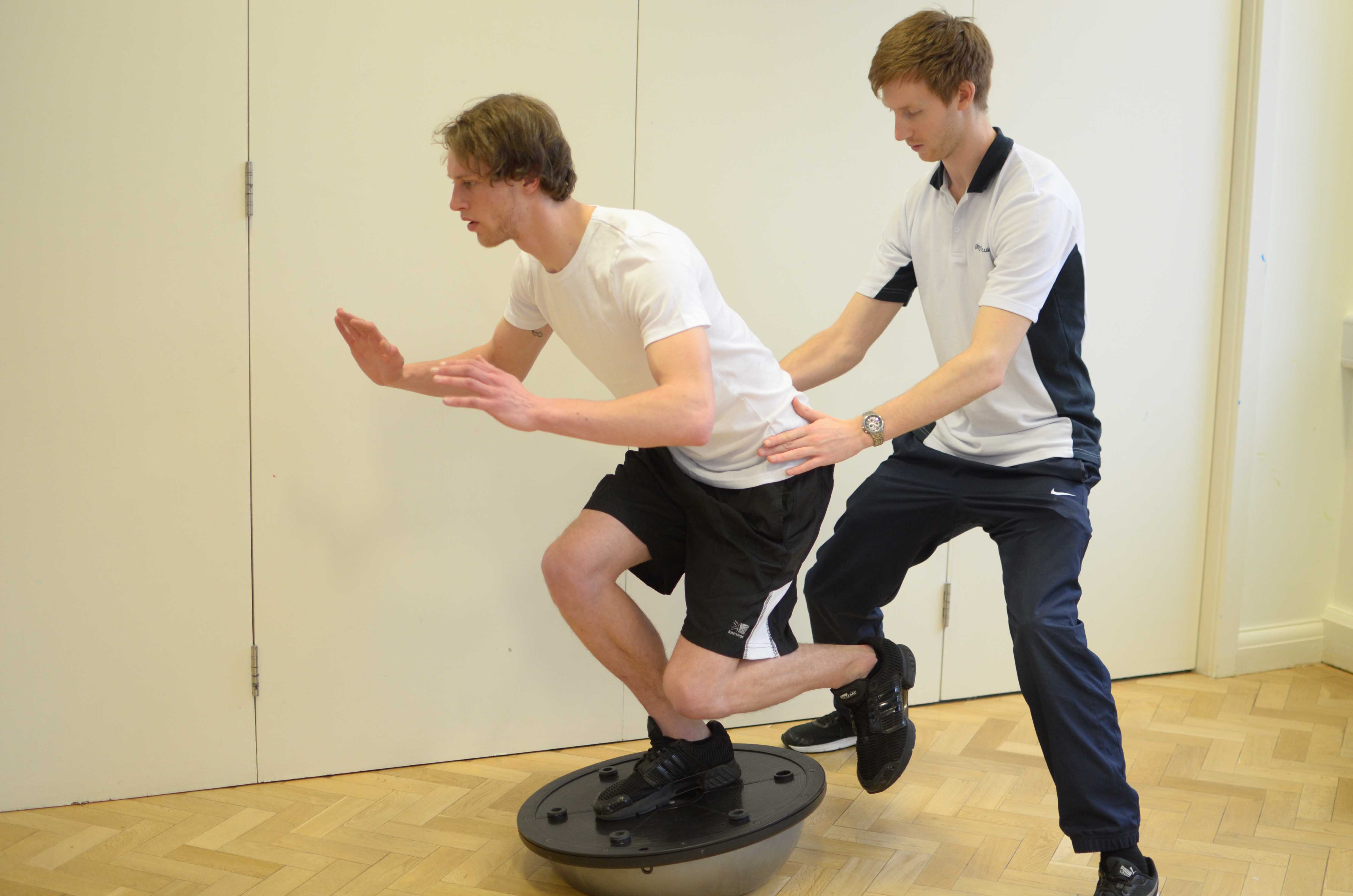 Above: Dynamic stabilisation exercises to challange the iliotibial band supervised by physiotherapist

The main symptom of ITBS is pain on the outer side of the knee which particularly increases during and after running.

Other signs and symptoms of ITBS include: Diagnosis is usually made by your physiotherapist following the 'Biomechanical running' assessment. Investigations are not normally necessary for diagnosing ITBS.

Physiotherapy for ITBS aims to reduce your pain and get you back to running and sport as soon as possible.

Following your 'Biomechanical running' assessment your specialist therapist will devise a bespoke plan for you.

Physiotherapy treatment for Iliotibial Band Syndrome includes: ITBS responds very well to physiotherapy by ensuring the cause of the problem is addressed and long term management is put in place.

There are many great benefits of physiotherapy for ITBS.

Benefits include:
If you suspect that you or someone you know has ITBS, you can book a Biomechanical Running Assessment with one of the specialist physiotherapists by calling Physio.co.uk today on 0330 088 7800. You can also book appointments online using our online booking system