Complex regional pain syndrome (CRPS) previously known as reflex sympathetic dystrophy (RSD), is a chronic progressive disease characterised by pain, swelling and changes in the skin in a certain area of the body primarily the limbs. Physiotherapy is a beneficial method to help reduce some of the symptoms associated with CPRS. Physio.co.uk has specialist physiotherapists who can provide you with a thorough assessment and devise a treatment programme to suit your needs. 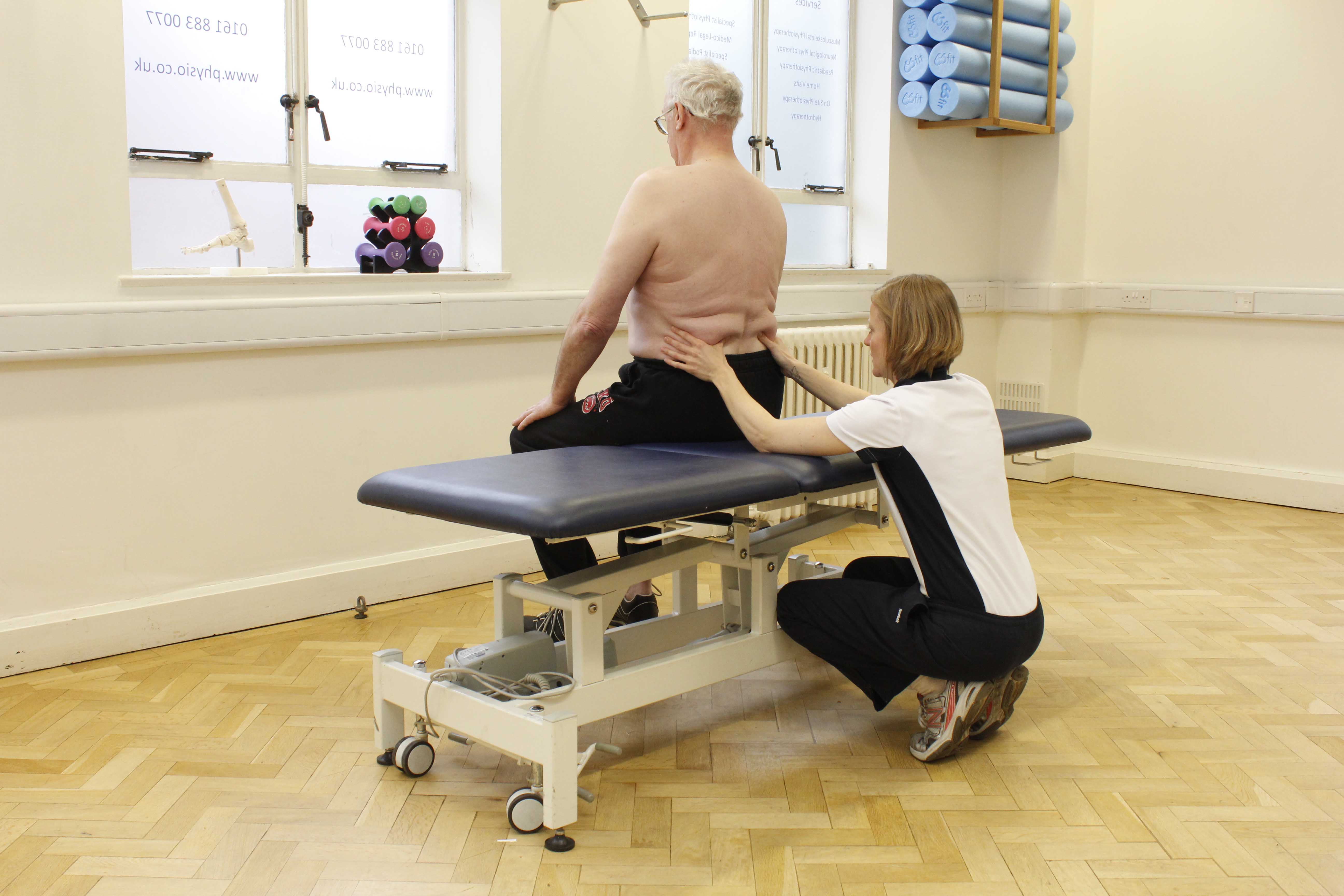 Above: Assessing postural alignment to pinpoint the cause of lowerback pain

Complex regional pain syndrome (CRPS) is a long term condition that causes chronic burning pain in one of the limbs along with swelling and skin problems. CRPS often occurs in one of the hands, arms, feet or legs. Common features of CRPS include dramatic changes in temperature and colour of the skin over the affected region of the body, along with sensitive skin, intense burning pain, swelling and sweating.

Mild CRPS can be quite common and with successful rehabilitation it may resolve itself within a few weeks or months. More severe CRPS can last for a very long time and may be significantly disabling and have a debilitating impact on the everyday life of the sufferer. 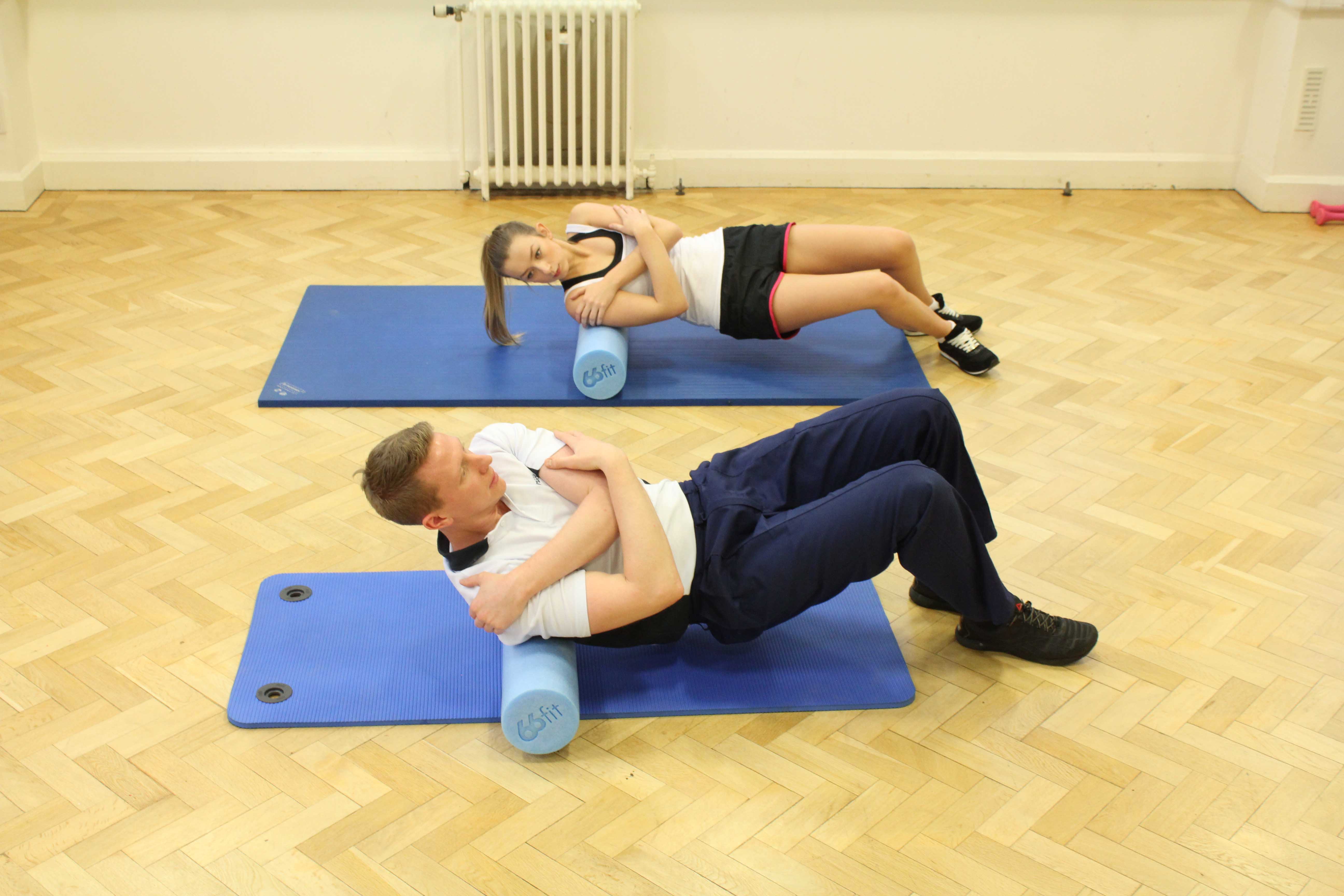 Above: Physiotherapist demonstrating mobilisation technique to reduce upper back pain

It is still relatively unknown what causes CRPS but several factors have been thought to contribute to its onset. Common factors that are believed to trigger the development of CRPS include trauma resulting in fracture or injury and multiple limb operations (body tissue and bone damage). Although these incidents can occur without adverse complications, in some cases people may go on to develop CRPS. There are some cases of CRPS where there has been no original trauma or injury.

Additionally, it is believed that the development of CRPS involves the disruption of communication pathways between the affected limb and the brain. 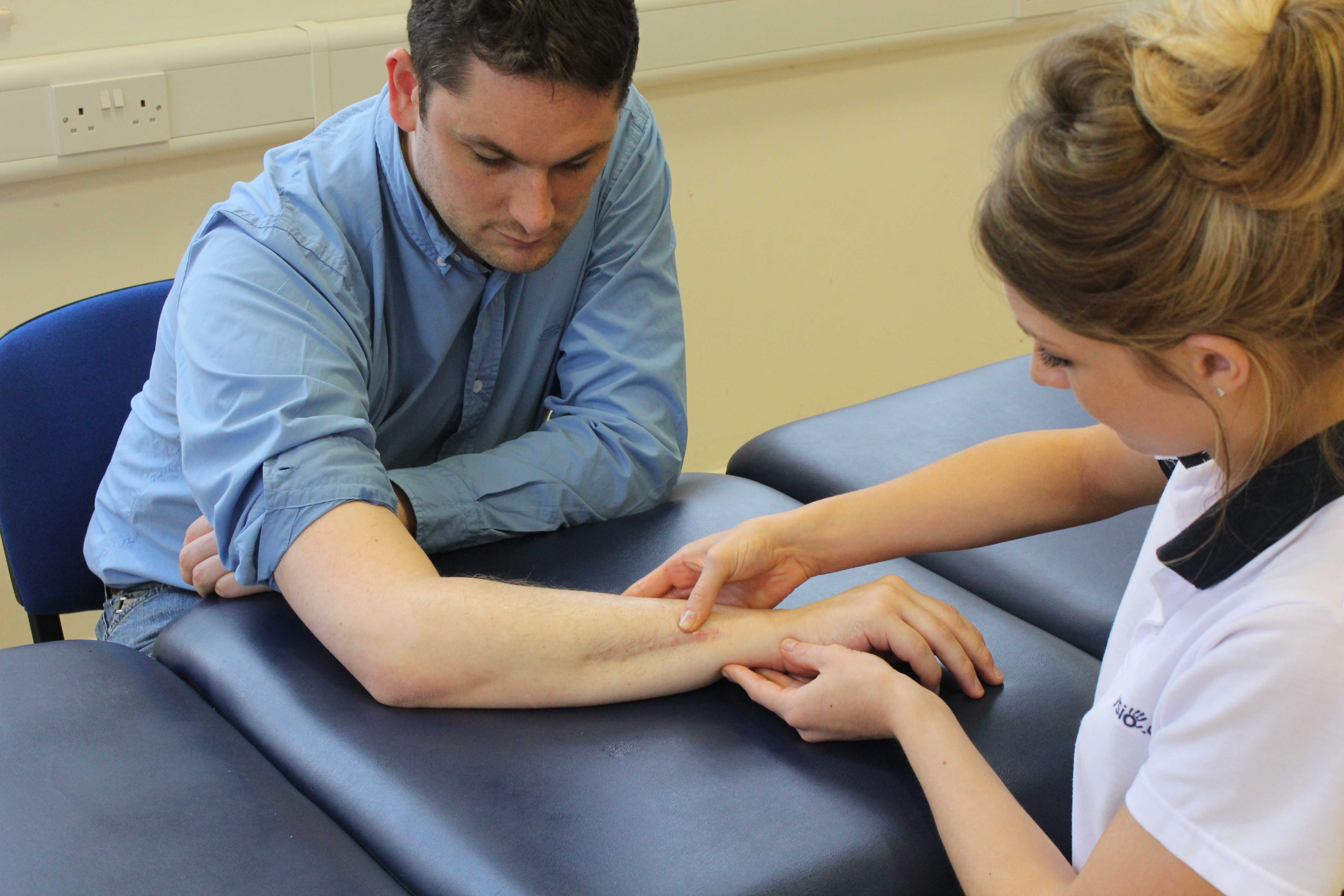 Above: Soft tissue massage to alleviate symptoms of aching and pain

There are two types of CRPS:


What symptoms will you have?

The main symptom of CRPS is pain around the affected area. Other symptoms include:

Physiotherapy is a very effective method of treatment that aims to reduce your pain and restore as much function in your affected limb as possible using a variety of activities. Physio.co.uk has specialist physiotherapists that will provide you with a thorough assessment and a comprehensive rehabilitation programme that is specific to you. The interventions included in your physiotherapy programme aim to focus on treating and improving the problems you are experiencing as a result of complex regional pain syndrome. Your physiotherapy will include: It’s very important to follow a programme of exercises to maintain mobility and function in the affected limb. The success of your physiotherapy programme with Physio.co.uk will highly depend on your commitment and adherence to the activities and advice provided.

Complex regional pain syndrome (CRPS) is a chronic and progressive pain condition which is characterised primarily by a burning pain in a certain body part but mainly affects limbs. The cause of CRPS is relatively unknown but is thought to be caused by the sympathetic nervous system or a disruption is communication between the brain and the affected limb. Additionally CRPS is believed to result for some form of bodily damage including broken bones, sprained ankles and infection. Other symptoms of CRPS include skin sensitivity, alterations in skin colour, abnormal temperature changes, swelling and spontaneous sweating all in the affected area. Physiotherapy is effective as it offers a variety of treatment strategies that aim to reduce symptoms which are associated with complex regional pain syndrome. Specialist physiotherapists at Physio.co.uk aim to control pain and maintain or improve as much mobility and function in the affected limb so as to get you back doing whatever it is you love doing the most as quickly as possible. Call Physio.co.uk now on 0330 088 7800 for more information or to book an appointment please contact us. You can also book online today!