/ What we treat / Neurological / Conditions / Dementia /

Dementia causes a progressive loss of function. It is a group of symptoms that occur when the brain is damaged or is a result of other conditions.

Dementia is progressive in nature and causes impairment of cognitive function such as memory,atten¬tion, concentration and problem solving. In the later stages of dementia walking, talking, continence and behaviour can also be affected. This will affect a person’s ability with everyday tasks at work and at home.

People with dementia who have problems with their mobility, their balance or their strength will benefit from physiotherapy. Physiotherapy will increase your independence and sense of well being by helping you stay active and preventing your risk of falling. Physiotherapy will promote mobility and everyday tasks making your life easier. 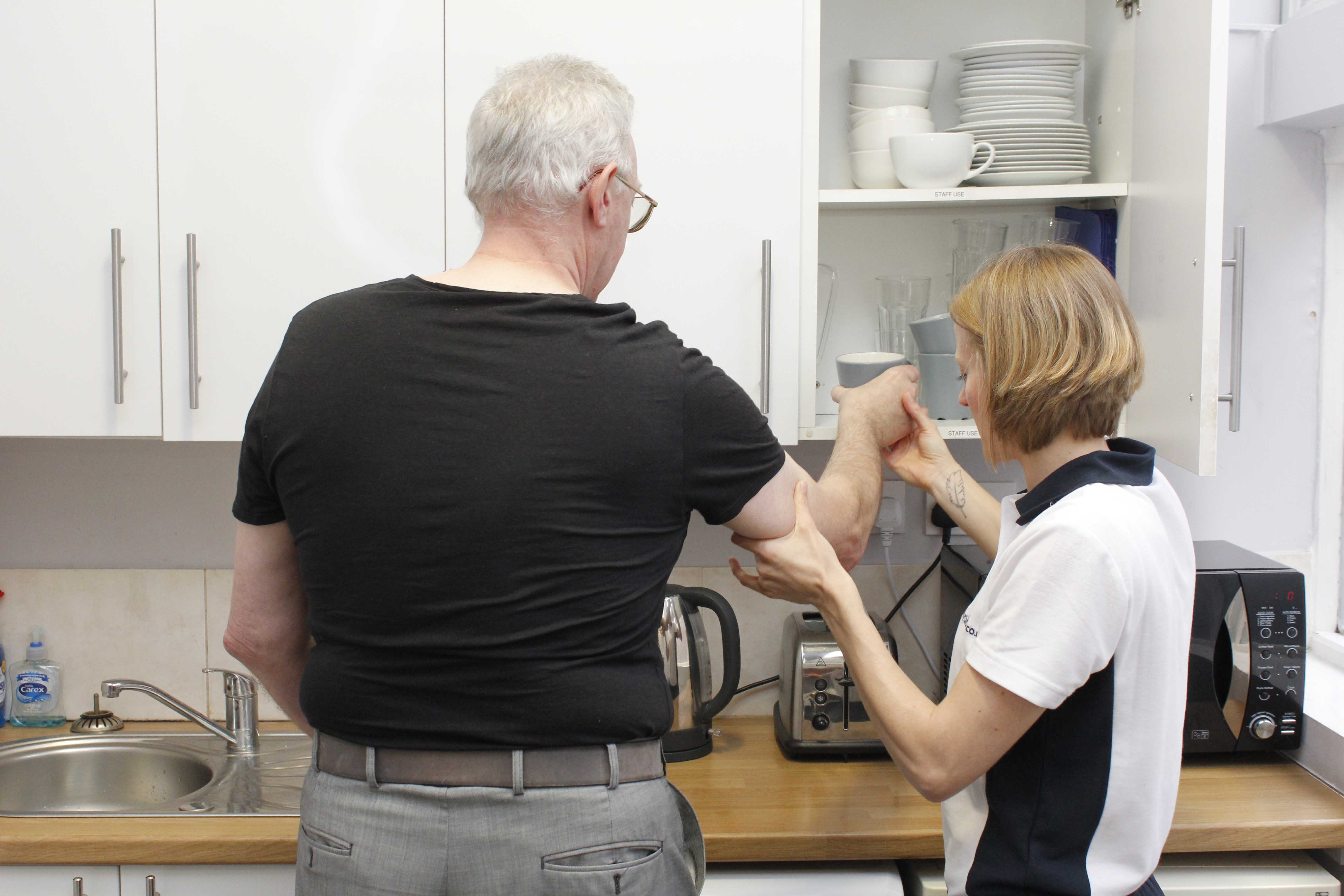 Above: Bridging exercises to improve core stability, strength and posture

There are many types of dementia each with their own causes. The most common include: Dementia affects everyone differently and the majority of people with dementia are elderly. Dementia is a progressive disorder which will in time affect a person’s physical functioning. If your physical functioning (balance/mobility/strength) has been affected physiotherapy treatment can play a major part in your rehabilitation.

It is difficult to confirm a diagnosis straight away as the progression of dementia is slow and the symptoms are often associated with normal signs of ageing. If you suspect dementia your GP will take a thorough physical and mental examination including memory and mental ability tests and may refer you to a memory clinic or a consultant for more tests.


What are the effects / symptoms of dementia?

Dementia is progressive and develops slowly, with mild early symptoms getting more severe over time. Dementia affects everyone differently and symptoms will depend on the type of dementia you have. A person with dementia may have all or only some of the following:

A person with dementia should seek physiotherapy treatment as our physiotherapists play an important role in helping carers to live easier lives by reduce stress levels and suggesting ways to remain physically active and preventing the risk of falling.

Physiotherapy will target problems associated with ageing such as limited range of movement, swelling, pain and muscle weakness. People with dementia have an increased risk of falling so treatment will also look at how to prevent falls. Physiotherapy is focused on: Physiotherapy at Physio.co.uk is effective and enjoyable. To arrange a full assessment and book an appointment call 0330 088 7800, book online or alternatively request a free phone consultation

/ What we treat / Neurological / Conditions / Dementia /