Dyspraxia is when messages are not transmitted properly from the brain to the body, this effects movement and co-ordination. Dyspraxia in children is a type of development disorder affecting a child’s ability to plan, organise, co-ordinate and perform actions and movements. Dyspraxic is a term used to describe a child that has a reduced ability to co-ordinate and perform certain tasks, movements and actions.

Dyspaxic children have difficulty with the processes of deciding what physical action needs to be done, how they are going to do it, and then carrying out the action. Dyspraxic children have poor ‘body awareness’ due to misinterpreting the messages received their senses and actions.

“Children with dyspraxia often find it difficult to get their body to do what they want when they want to do it.”

Dyspraxia is quite common in children is known as; clumsy child syndrome, Developmental Co-ordination Disorder (DCD), motor dysfunction and motor learning difficulty. It is thought around 10 percent of children have some form of dyspraxia, however, there is a wide range of how dyspraxia can affect a child. Dyspraxia affects each child differently, and often the effects of dyspraxia can alter daily. Many Dyspraxic children said to be having good or bad days. Dyspraxia can be considered significant when it interferes with a child achieving the normal range of activities expected for their age.

Dyspraxia is mainly thought to be an impairment or immaturity of the organisation of movement, however dyspraxia may also have intellectual, social, emotional and language implications. Having Dyspraxia does not mean your child is less intelligent. As with all children some children with Dyspraxia have below average, average or above average intelligence. However, Dyspraxic children are often immature in their behaviour and have difficulty in planning and organising thoughts and understanding logic and reason. This means many Dyspraxic children have a poor understanding of the messages that their senses are conveying. This makes learning new things difficult for them. 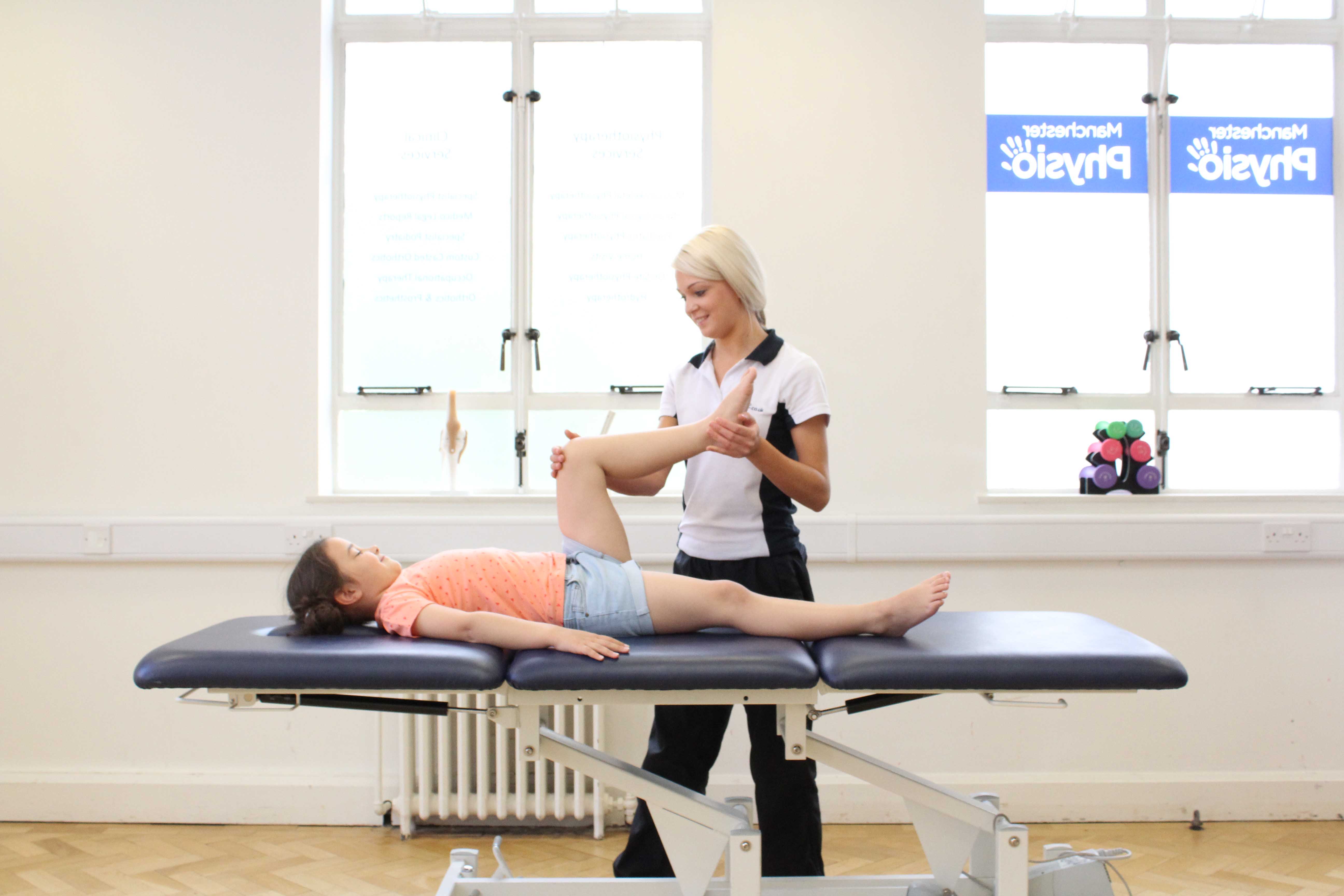 Above: Passive stretches and mobilisations to relieve pain and stiffness

Most of the time there is no obvious cause of what caused the dyspraxia,, however, anything that results in an injury the brain may cause dyspraxia. An injury to the child’s brain, during gestation or infancy, may limit the development of the brains neurones baby's development in the womb or early months. 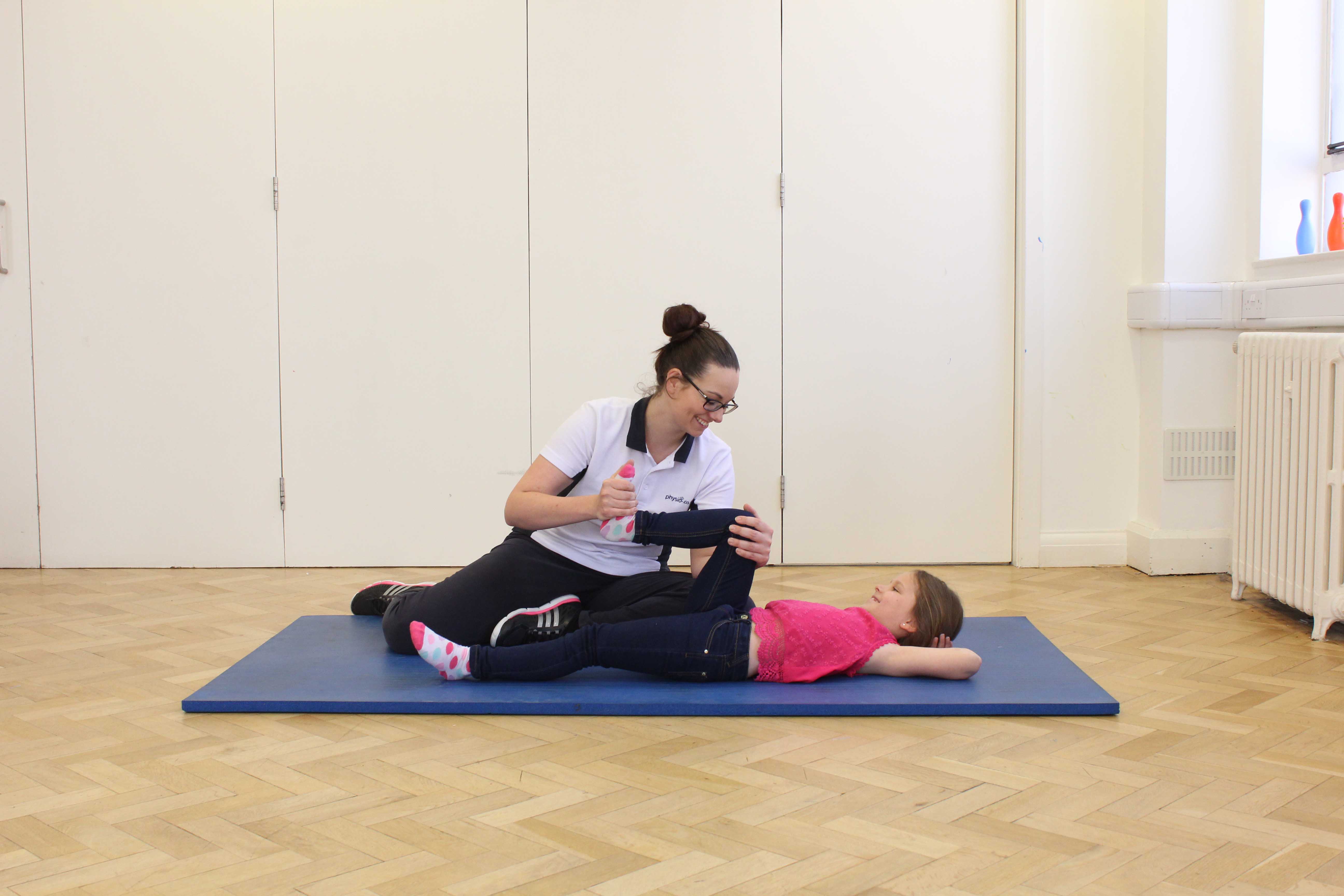 Above: Stretches and mobilisations to relieve pain and stiffness

What are the symptoms of dyspraxia?

Children with dyspraxia may be late in reaching normal developmental milestones for example an early sign of dyspraxia is a child taking longer to roll over, sit, crawl, stand, walk, speak and toilet train. Commonly Dyspraxic children do not even go through the crawling stage. As the child with Dyspraxia gets older they may not be able to run, hop or jump, at the age their friends can. With some Dyspraxic children their speech may be very immature or impossible to understand in their early years and language and vocabulary skills may take longer to develop. 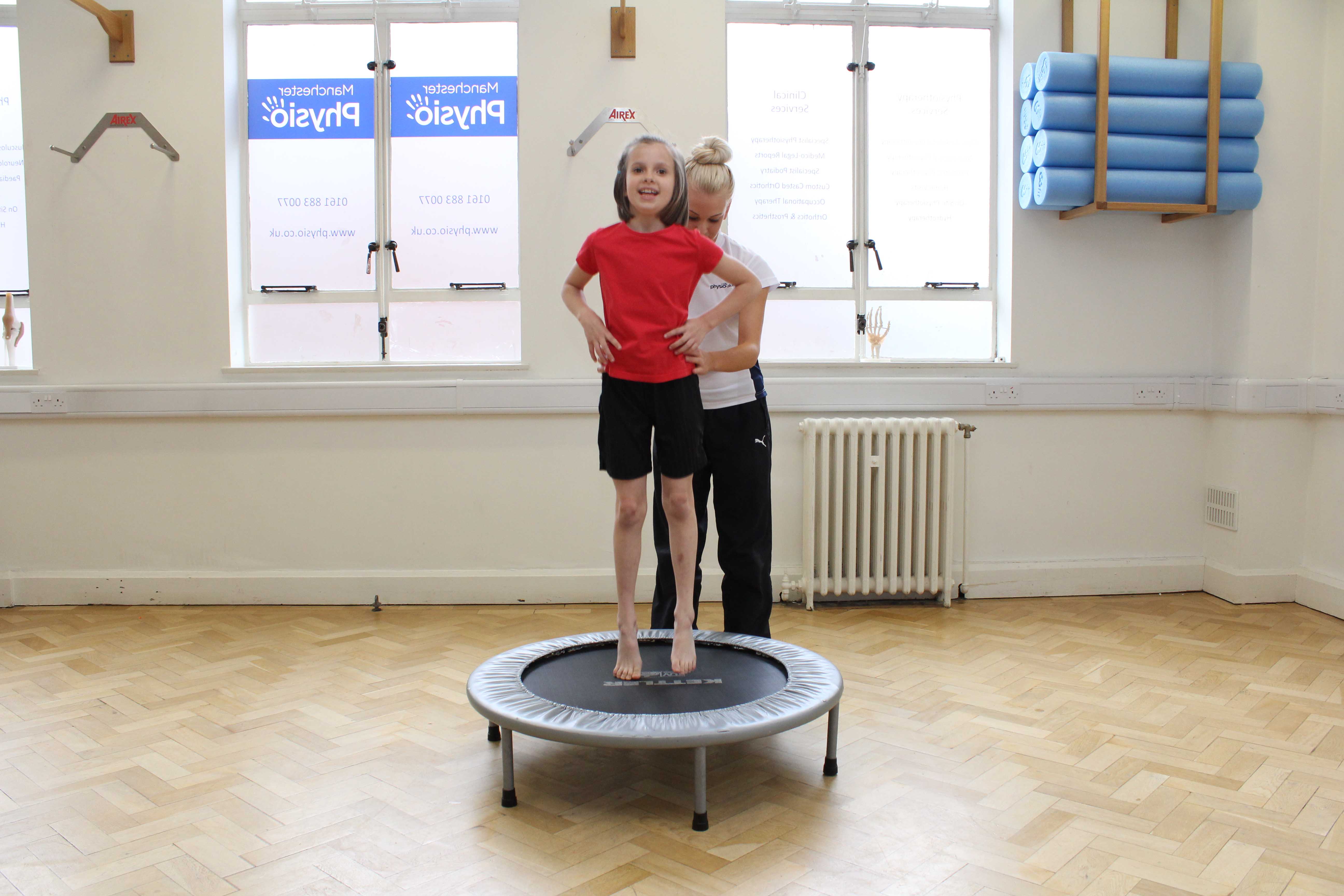 Above: Paediatric physiotherapist supervising mobility exercises on the trampette


What should I do if I think my child has dyspraxia?

The earlier children with dyspraxia are diagnosed the greater their potential is for improvement. The earlier that developmental problems are noted, and the earlier the assessment is, the quicker that the required intervention can begin.

The symptoms of Dyspraxia are commonly missed by teachers and GPs. Parents with Dyspraxic children should liaise with their GP to try and arrange an assessment for their child as soon as possible. The assessment may be with a physiotherapist, paediatrician, or a child psychologist.

The assessment for dyspraxia involves the therapist taking a detailed account of your child's developmental history you will be asked at what ages developmental milestones such as rolling, sitting, walking were reached.

To arrange a physiotherapy appointment with our paediatric physiotherapists at Physio.co.uk call 0330 088 7800, or book online

Once your child has been assessed by our physiotherapists they will establish your child’s baseline level of motor skills. The results of the assessment will form the starting point for developmental physiotherapy intervention.

It is not possible to cure dyspraxia, but through physiotherapy those affected can learn ways to get around their difficulties so they can achieve their full potential. The physiotherapists will work with you and your child to put in place the right interventions that will allow your child to develop their motor skills. This will lead to your child making progress towards developmental milestones and other goals such as catching up with their peers.

Physiotherapy for Dyspraxia at Physio.co.uk is done on a one-to-one basis as Children with dyspraxia do much better when they have more individual attention. The physiotherapist will set your child exercises that they can continue at home to help increase their strength, balance, coordination and physical function.

To arrange a physiotherapy appointment Physio.co.uk book online or call 0330 088 7800


Does dyspraxia have any long-term effects?

Dyspraxia is not a condition that can be cured, however, with the right intervention your child will improve as they get older. The earlier a diagnosis of Dyspraxia is made, the earlier treatment can start, and this will increase the chance of improvement.

In Dyspraxic children various areas of their development can be affected. Some of the effects of Dyspraxia can continue as your child grows up. Physiotherapy can enhance the progress your child is able to make, this will minimise the impact of their dyspraxia on their everyday life as they get older.

Physiotherapy appointments can be arranged by calling Physio.co.uk on 0330 088 7800, or booking online