Fibromyalgia is a long term condition that results in persistent, widespread pain and extreme fatigue. The pain may be characterised as aching or burning in many areas of the body. Physiotherapy is a favourable method to help reduce the symptoms that are associated with fibromyalgia. Specialist physiotherapists at Physio.co.uk are able to provide you with a thorough assessment and treatment plan to suit your needs. 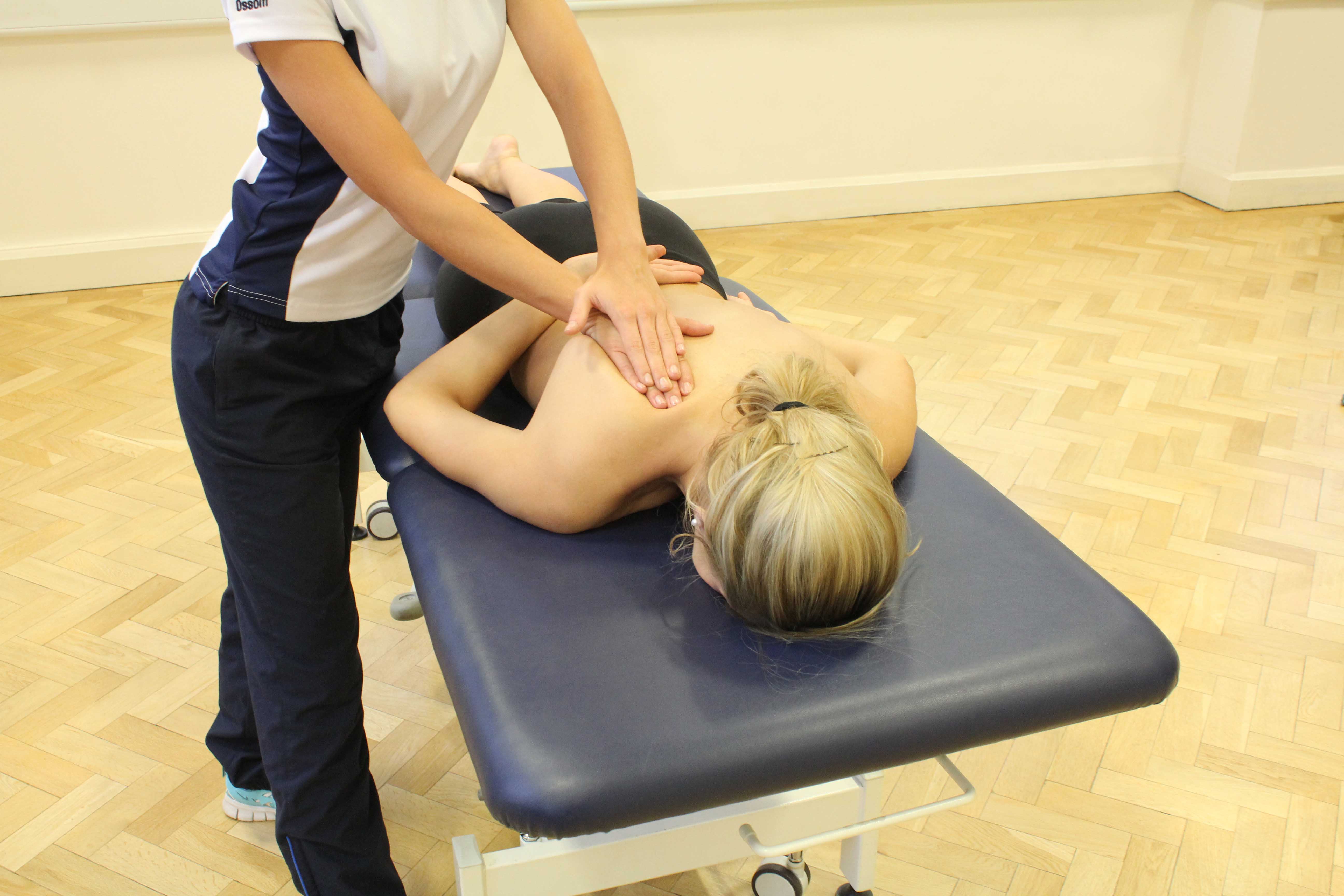 Above: Soft tissue massage and stretches to relieve pain and stiffness

The word fibromyalgia means pain (algia), stiffness and tenderness experienced in the muscles (my), joints and tendons / fibrous tissues (fibro) of the body. Fibromyalgia is also characterised by chronic tiredness and lack of energy. Despite the significant and disabling pain in certain areas of the body there is no development of tissue damage or deformity and there is no inflammation within the painful tissues involved. There is also no damage caused to the internal body organs as a result of fibromyalgia. 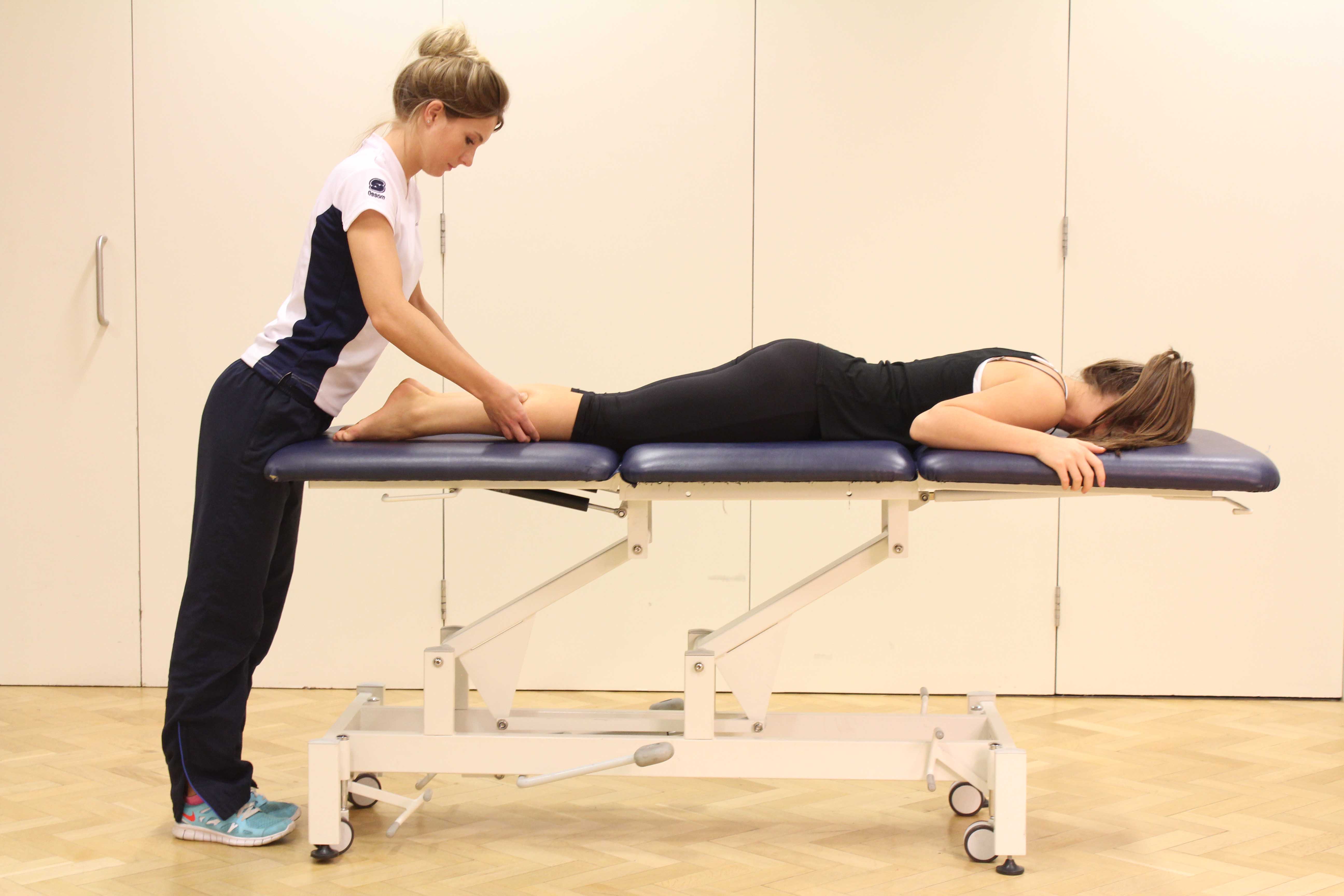 Above: Deep tissue massage to relieve symptoms of pain

The cause of fibromyalgia is fairly unknown but is often put down to a combination of physical and mental factors. Pain that is experienced by fibromyalgia sufferers is unlike common pain that is felt after a particular stimulus such as trauma. However, it is believed that fibromyalgia may be caused by subtle changes in certain chemicals in the brain and nervous system. People with fibromyalgia have shown an increased amount of the chemical called substance P in the fluid that surrounds the brain and spinal cord known as cerebrospinal fluid (CF). There have also been signs of increased nerve growth factor and decreased levels of serotonin in fibromyalgia patients. These alterations in chemical levels within the brain and spinal cord have been thought to interfere with the way pain messages are transmitted between the brain and the nervous system resulting in abnormalities of how pain is experienced.

A further cause of fibromyalgia includes the theory that people with fibromyalgia have an oversensitivity to pain signals in the brain or an abnormal perception of pain which again may be a result of minor chemical changes in the brain. Additionally, it is thought that fibromyalgia sufferers are victims of abnormal sleep patterns and have an impaired non-rapid-eye-movement phase which can explain the exhaustion and fatigue. Further associations have been made with psychological distress, trauma and infection as contributors to the onset of fibromyalgia. 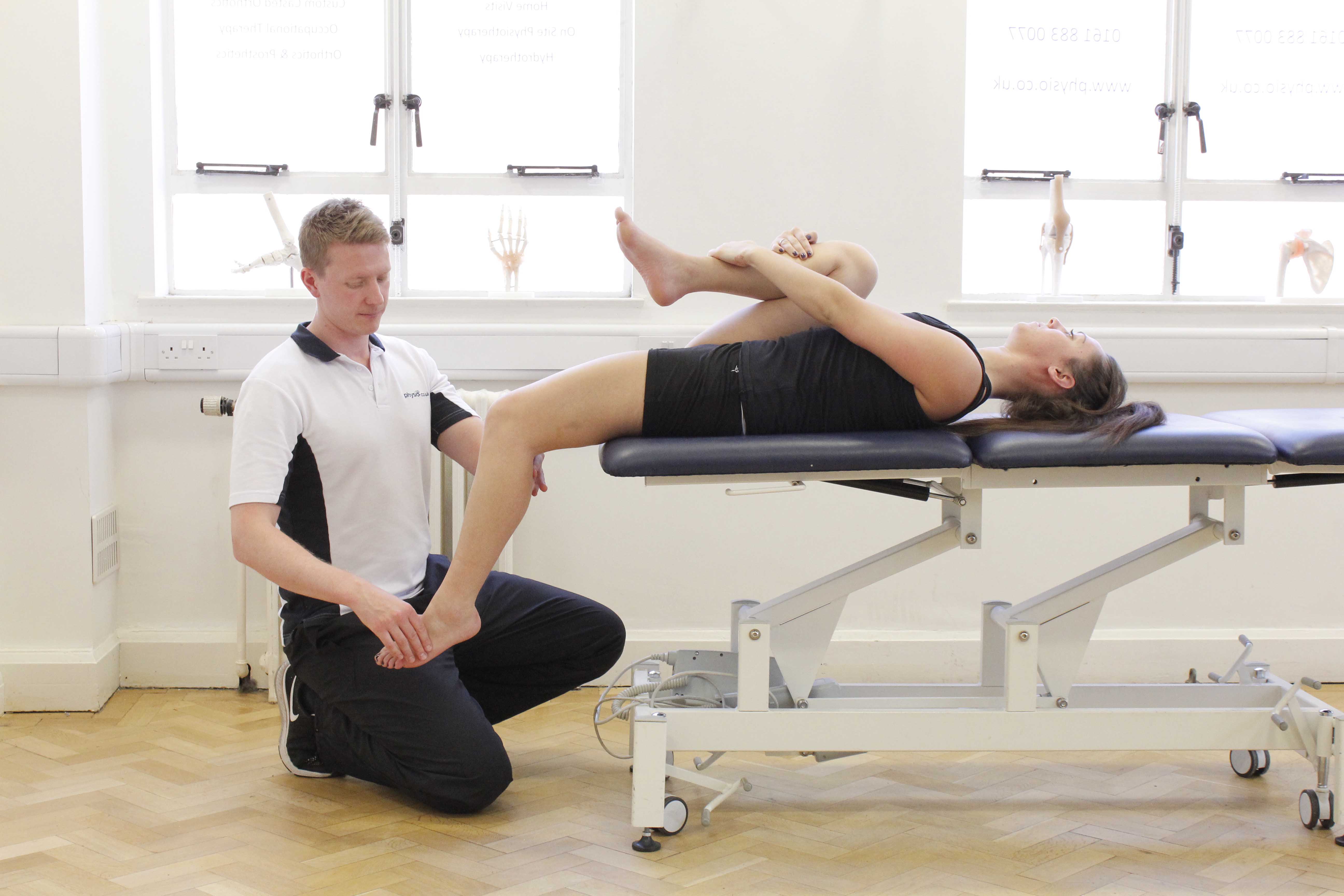 Above: Stretches and mobilisations of the hip and knee to relieve pain

What are the symptoms of Fibromyalgia?

Pain:
The main symptom of fibromyalgia is chronic pain in any area of the body although the most common places are the neck and back. However, as mentioned before the pain associated with fibromyalgia is not caused by tissue damage or inflammation nor is it a result of injury. The pain may be characterised by an aching, burning sensation in the affected areas. The affected body part may also feel especially tender at even the lightest of touch and the pain can be made worse by stress or activity

Fatigue:
Another primary symptom of fibromyalgia is persistent and severe fatigue, lack of energy and muscular fatigue. This can also be accompanied by a poor sleep pattern and fibromyalgia sufferers may wake un-refreshed and feeling exhausted. Small amounts of activity may aggravate the fatigue and it can affect concentration. This fatigue can make everyday activities very difficult to carry out.

Other symptoms of fibromyalgia may include: Symptoms can vary significantly in characteristics and severity among sufferers and some people may develop other unrelated symptoms. Some fibromyalgia patients may also suffer from chronic fatigue syndrome / myalgic encephalomyelitis (CFS / ME).


What physiotherapy treatments will I receive for Fibromyalgia?

Physiotherapy is an effective method of treatment that will help relieve some of the symptoms you are experiencing as a result of fibromyalgia. The main aims of physiotherapy in the treatment of fibromyalgia are to reduce your pain and stiffness using a combination of strategies. Other goals include the reduction of muscle spasms, increase energy levels, improve pain management and improve sleep patterns. Specialist physiotherapist at Physio.co.uk will provide you with a thorough assessment and comprehensive treatment plan that is specific to you. Your physiotherapy will include: The success of your physiotherapy course with Physio.co.uk will depend on your commitment and adherence to the treatment and advice provided.

Fibromyalgia is a chronic ‘rheumatic’ disorder that is characterised by widespread pain in the muscles, tendons and ligaments of the body. Although the tissues involved do not suffer long lasting damage, symptoms of fibromyalgia may last for months or even years. The cause of fibromyalgia is unknown although it is thought to be due to a combination of physical and mental factors. Symptoms such as extreme tenderness in the affected areas, fatigue, disturbed sleep, headaches and difficulties performing simple tasks are associated with fibromyalgia. Physiotherapy is an effective method to help reduce symptoms associated with fibromyalgia. Specialist physiotherapists at Physio.co.uk aim to control pain, to improve energy levels and to maintain or improve as much mobility and function in the affected areas as possible. Call Physio.co.uk now on 0330 088 7800 for more information or to book an appointment please contact us. You can also book online today!